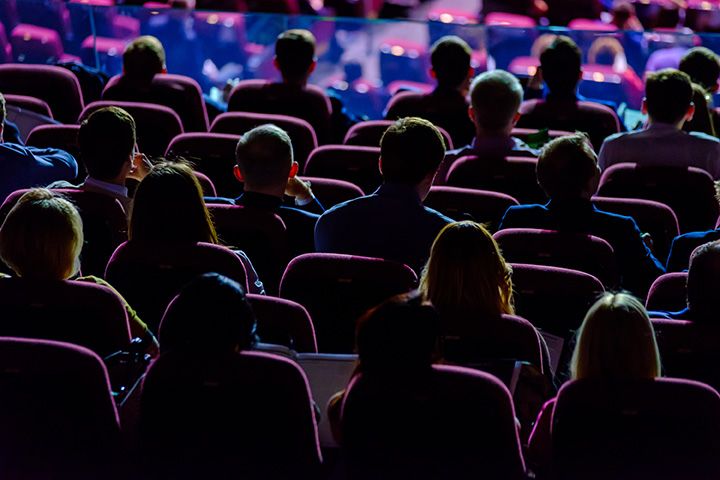 Vermont knows a little something about drama. Bing Russell was born here, and Harrison Ford, Donald Sutherland, and Tim Daly have homes in the state. Not to mention all of the famous writers and poets who can and have called the Green Mountain State home. We know a thing or two about the arts, so it’s no surprise that the state is home to some of the most wonderful places to see live theater. Here are the nine best.

Established in 1930 and built by J.J. Flynn and partners, the historic Flynn provides theatre space, box office, ushers, concessions, and a professional crew all in one. The Flynn has hosted the Vermont Symphony Orchestra, the Vermont Youth Orchestra, and the UVM Lane Series, to name a few. The space is, perhaps, the largest of its kind in Vermont, with a 1,411-seat proscenium auditorium, a 180-seat cabaret space, an art gallery, two education studios, and a pair of adjoining lobbies.

Perhaps the oldest professional playhouse in Vermont, Weston Theater Company was founded in 1935 during the Great Depression. A former church renovated for the town’s dramatic club, the theater’s first summer stock season was produced in 1937. Over the years, the company gave a start to such talents as Christopher Lloyd and John Lee Beatty. Sadly, in 1962, a fire destroyed the original Greek Revival building, but, after restoration, the WP now vibrantly runs education and community outreach programs, musical and traditional theater, in-house dining, and late night cabaret.

The Oldcastle Theatre Company was established in 1972 by Eric Peterson and two of his friends, and its plays have been produced in this country and around the world. Many well-known talents have been associated with the company over the years, including, Elliot Hays, Karen Ziemba, Richard Thomas, and James Goldstone to name a few. OTC also presented its original play, “Ethan” on Vermont Public television and in front of the Vermont Legislature as well as developed David Budbill’s, “Judevine.”

Established in 1914 and renamed the Paramount in 1931, this site has seen more than a century's worth of history. However, natural disasters, periods of wars, and spans of disuse eventually took their toll on the structure. Then, in 1995, the building next door was purchased, and the gained space was combined to reclaim 850 theater seats. Restoration continued and, by 2000, it was finished. The Paramount Theater is truly a historic experience.

Founded in 1994, Vermont Stage is a year-round, non-profit, Actor’s Equity theater company. Having produced over 100 shows and contributed to the Queen City’s vibrant art scene, the Stage works toward fulfilling its mission of using theater "to make the community a better place." With six shows and over 75 performances per year, it is also busy. Plus, it has been the winner of three Bessie Awards and home to the award-winning Young Playwrights Project.

Pentangle Arts (formally Pentangle Arts Council) was founded in 1974 with seed money from the Vermont Arts Council and serves as a community venue for movies, music events, and live performances like theater and dance. The town hall is also the community primary gathering spot and used for many civic events.  Through all of its various programs, Pentangle generates over $2 million annually for the arts.

Founded in 1977 by Kim Bent, Lost Nation Theater is a place “to dream and reflect.” Bent grew up in Braintree with a view of the mountains known as “Lost Nation.” Philosophically, the theater represents that area across the country that time forgot. Ephemeral yet grounding at the same time, this idea is what the Lost Nation Theater is all about. Much like the gauzy imagery of Shakespeare’s “A Midsummer Night's Dream,” get lost in the magic of theater with Lost Nation.

Founded in 1997, Northern Stage is a regional non-profit Actors’ Equity professional theater whose mission is "to change lives one story at a time." With an effort toward intimate engagement, Northern Stage sees more than 30,000 audience members walk through its doors each year.

The story of the Stowe Theatre Guild begins in 1957, at the Stowe Playhouse in the Baggy Knees Barn. Opening a new playhouse in 1965, Jim and Tish Leahy presented Little Mary Sunshine and saw the likes of players Kate Jackson, Morgan Freeman, and Meryl Streep pass through their doors during the early days. Now, the theater is filled with volunteers and fosters deep ties with the community through outreach and educational programming.

1 Park Avenue, Montpelier, VT
MTG has been presenting quality theater performances for over 60 years.MTG is a forum for channeling artistic creativity.MTG thrives with participa... Read More

74-76 Gates Street, White River Junction, VT
Northern Stage is a regional non-profit LORT-D professional theater company with a mission to change lives, one story at a time. Based at the cross... Read More

30 Center Street, Rutland, VT
HistoryIn the early part of the 20th century, many called The Playhouse Theatre of Rutland, Vermont one of the finest theatres in America and very ... Read More

116 University Place, Burlington, VT
The Royall Tyler Theatre owes its existence to a providential fire which in 1886 demolished the University's ramshackle gymnasium. By 1898, under-e... Read More

116 University Place, Burlington, VT
The UVM Theatre is a vital academic program of the University of Vermont. We are committed to providing a superior, broad-based education to our st... Read More

110 Main Street, Burlington, VT
Our Mission:  To create theatre that makes our community a better place.We do this by:Producing plays that show us what we have in common is m... Read More

703 Main Street, Weston, VT
The Weston Playhouse Theatre Company builds on and enhances the unique assets of its Vermont village campus to produce a diverse, entertaining, and... Read More
Show More
Select a Vermont town to find
the Best Things-To-Do and Places To Go around you