The 10 Best Historic Theaters in Vermont! 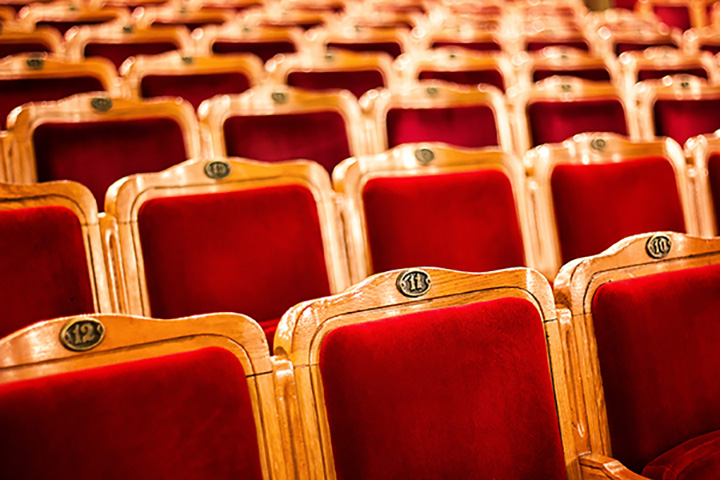 By now you know that Vermont has historical roots that run pretty deep. Those roots include a vibrant and storied culture of theater. Some of these architectural treasures have transformed since their early days, others have remained the same for over a century. Here are our favorite historic theaters in Vermont.

This 1930s Art Deco-style theater, hosts a bevy of live performances, from dance troupes to musical acts and comedians. It is by far the state’s largest venue of its kind and boasts a 1,411-seat main theater and additional 150-seat performance space. The Flynn also serves as a cultural and educational center for the city and offers many classes and camps.

The Greek Revival decor and the murals that cover the walls celebrate the heritage of Greek immigrant, Demetrius P. Latchis, and the 1938 theatre and adjoining hotel are and listed on the National Register of Historic Buildings. Today, movies are shown on four screens, including the town’s only large screen, and shows are exclusively, “first-run, art and independent films, 52 weeks per year.”

Built in 1912-13 in the Colonial Revival-style, the Paramount Theater has deep roots as a performance center in Vermont. With help from the Concord and Montreal Railroad, the Paramount saw performances from Tom Thumb, Will Rogers, Sarah Bernhardt, Ethel Barrymore, the Great Harry Houdini, and more. But floods and fires had taken their toll on the grand old building until, in 2000, it was successfully restored to its former glory.

Perhaps the town’s most well-known landmark, the Opera House boasts a majestic six-story clock tower and was built in 1926. In 2004, it “underwent a $3.7 million restoration project” and now hosts both movie and live performances. With a seating capacity of 553, there is also a studio space and a meeting room.

The Savoy has been around since 1905, but despite its historical roots, the mission has changed very little over the years, and it continues to “serve Central Vermont with the best in independent and foreign films.” In 2009, this grand old theater got an upgraded projection and sound systems as well as a modern concession stand, selling organic popcorn, beer, and wine.

Originally named the Strand Theatre, it is one of the oldest operating movie theatres in the state. Opened in 1919 the Playhouse's exclusive purpose was and is to show movies, though its name wasn't changed to Playhouse until 1943. Featuring two screens and presenting new releases in digital format, this theatre has changed little in almost 100 years.

The original Barre Opera House was built in 1886 and burned down just 12 years later. On its footprint, a new opera house was erected in 1889 and still stands today. In its heyday, it served as a soapbox for U.S. presidents but in the 1930s fell into disrepair. Today, it hosts poetry readings, musical acts, and live theater in a town that was once “the granite center of the world.”

Now under the administrative umbrella of Pentangle Arts, this historic neoclassical concert hall, was once an opera house built in 1900. It now features 386 seats and serves 20,000 patrons annually as a theatre, gathering place, town center, and educational facility. Promoting live performances and movie screenings, the Woodstock Town Hall is a true community hub.

Opened in 1884, the Town Hall was built on a site that occupied “a prominent site overlooking the town green.” With elaborate window frames, moldings, and hardware, the building also boasted two grand fireplaces and marble accents. The main floor was an open 600-seat theater with balcony, and the town offices were housed in the basement. Today, the site hosts art exhibits, movie screenings, and live performances.

The Weston Playhouse is Vermont’s “oldest professional theatre” and “a living testament to a community’s belief in the arts.” Dubbed “the most beautiful theatre in New England,” by a Boston Globe critic in its earliest days, the Weston Playhouse has long been a fixture of the theater community in Vermont. Putting on performances like “Adventures of Tom Sawyer” and “Annie Get your Gun,” the Weston Playhouse remains an important part of the area’s culture today.

1 Park Avenue, Montpelier, VT
MTG has been presenting quality theater performances for over 60 years.MTG is a forum for channeling artistic creativity.MTG thrives with participa... Read More

74-76 Gates Street, White River Junction, VT
Northern Stage is a regional non-profit LORT-D professional theater company with a mission to change lives, one story at a time. Based at the cross... Read More

30 Center Street, Rutland, VT
HistoryIn the early part of the 20th century, many called The Playhouse Theatre of Rutland, Vermont one of the finest theatres in America and very ... Read More

116 University Place, Burlington, VT
The Royall Tyler Theatre owes its existence to a providential fire which in 1886 demolished the University's ramshackle gymnasium. By 1898, under-e... Read More

116 University Place, Burlington, VT
The UVM Theatre is a vital academic program of the University of Vermont. We are committed to providing a superior, broad-based education to our st... Read More

110 Main Street, Burlington, VT
Our Mission:  To create theatre that makes our community a better place.We do this by:Producing plays that show us what we have in common is m... Read More

703 Main Street, Weston, VT
The Weston Playhouse Theatre Company builds on and enhances the unique assets of its Vermont village campus to produce a diverse, entertaining, and... Read More
Show More
Select a Vermont town to find
the Best Things-To-Do and Places To Go around you