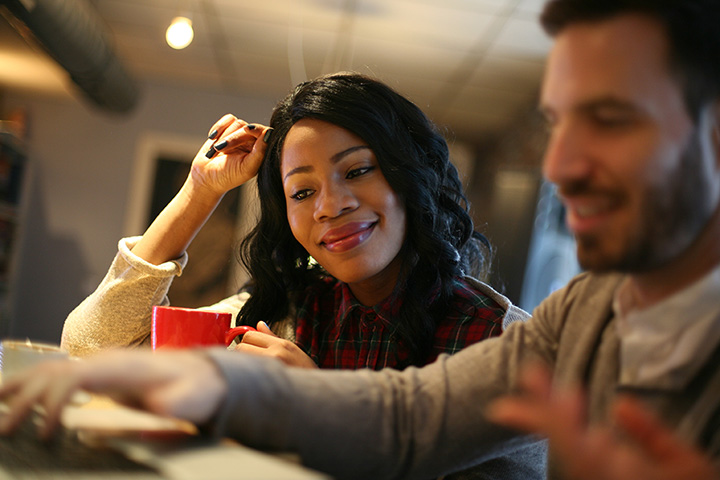 Are you a master of all things random facts and knowledge? Put your skills to the test! Vermont's breweries, pubs, and other restaurants are home to some seriously fun trivia nights. Round up a group of friends, put on your thinking cap, order a few drinks, and check out the 9 best trivia nights in the state!

This riverside eatery features craft drafts from their own onsite brewery and creative pub grub. You also find year-round deck seating, and Trivia Night is on Tuesday. Play solo or join a team of up to six other members, and enjoy drink specials, live music, bar appetizers, and more at this converted railroad station turned brewery and restaurant.

This pizza joint is tucked away in the Northeast Kingdom of Vermont, behind the Lake Parker General Store in the sleepy town of West Glover. But, make no mistake, this out-of-the-way foodie haunt packs in big flavor, and there are social events on every night of the week. Wednesdays bring Trivia and Burger Night, though we would opt for the locally famous, Sicilian-style flatbread pizzas instead.

Born of Sicilian descent, Eduardo Rovetto brought his love of authentic Italian pizza to Stowe in 2000. Also, he introduced a happening live entertainment scene in this Vermont mountain town that is still as popular as it ever was. The upshot is that Trivia Nights are on Tuesday, and prizes are given out after every round.

Every Wednesday night is Team Trivia Night at the Publyk House, and groups of up to eight people can compete. Established in 1972, this pub this renovated barn now features multiple fireplaces, a view of the surrounding pastoral farmlands, and an old-time New England menu that boasts pot roast, baked cod, New York strip steak, prime rib, house pasta, and seared salmon.

Long Trail Brewing sponsors Tuesday Night Trivia at Rumatos, and, if that is not enough to grab your interest, the Grand Prize was four ticket to see the New England Patriots play in October. Got your attention? So, come and see what you can win this month, and experience over 20 craft beers on tap and brick oven pizzas to boot.

From $2 tacos and $6 margaritas to $3 craft brew and free hot wings, RJ’s nightly specials are some of the best in Vermont’s Queen City. Plus, Tuesday is Trivia Night and features $2 PBRs, $5 wines, and $4 vodka mixers. Moreover, you will find great prizes and giveaways, as well as appetizers like pretzels, jalapeno poppers, potstickers, onion rings, pickle fries, and more.

The second Mulligan’s trivia night destination on our list, this unrelated pub in Vermont’s Granite City has a history that reaches back to the 1970s. Now, you’ll find multiple large-screen TV’s with satellite feeds, ten draft beer lines with rotating beer selections, wines, and a fully stocked bar. Plus, Trivia Night Tuesdays come complete with Corona Lite pints for just $4.