The 6 Best Speakeasies in Vermont! 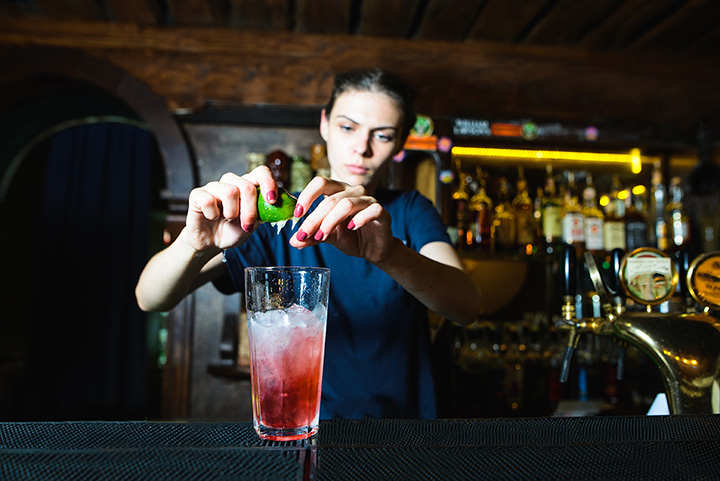 Prohibition in the United States banned the “production, importation, transportation, and sale of alcoholic beverages,” from 1920 to 1933, and speakeasies represented a secret place to gather with friends for a drink. To recapture that confidential vibe in a bar insulated from the world, check out the best speakeasies in Vermont.

This farm-to-table gastropub features a seasonal beer garden tent promoting burgers and craft beer. Plus the "speakeasy" type basement bar provides a unique hole-in-the-wall experience. With over 30 craft beers on tap, a top-rated cheddar ale soup, and award-winning burgers, everything on the Farmhouse menu is “Vermont grown, raised, and produced.”

This hole-in-the-wall brick-and-mortar joint features more than 20 craft beers on tap, old-fashioned cocktails, and small Southern-style plates and barbecue. Get sandwiches, burgers, and barbecue plates topped with house-made sauces. The rustic space with limited seating and chalkboard drawings on the wall could easily be mistaken for the local speakeasy.

Ladder One is so-named because it inhabits an old firehouse. The American-style pub and grill menu features chops, burgers, and American comfort food. The brick and mortar walls make for a unique enough venue, but the 1920s-style speakeasy lounge downstairs in the basement adds a Prohibition-like atmosphere to the place.

Stepping into Ri Ra’s is like stepping into the Prohibition era itself, especially since the building they inhabit was constructed in 1931. The pub itself opened for the first time in 1999, and the Whiskey Room opened in 2012, which imbues the scene with even more of an air of cloak-and-dagger, secret-password drinking clubs.

This secretive speakeasy opened in downtown Burlington just last month but, in true speakeasy fashion, it will not divulge its location. Instead, according to co-owner Chris Beaulieu, the bar will depend on word-of-mouth advertising for its livelihood. Somewhere off Church Street is a speakeasy that features five beers and ten types of spirits, including vodka and gin.

This small farm-to-table eatery and bar serves locally-sourced food and has all of the trappings of a comfortable speakeasy setting. With over 20 beers on tap, the menu features dishes like mussels, meatloaf, and pub fare.  Established in 2009, this tucked away bar is a hidden gem along Vermont’s western border.