The 10 Best Libraries in Vermont! 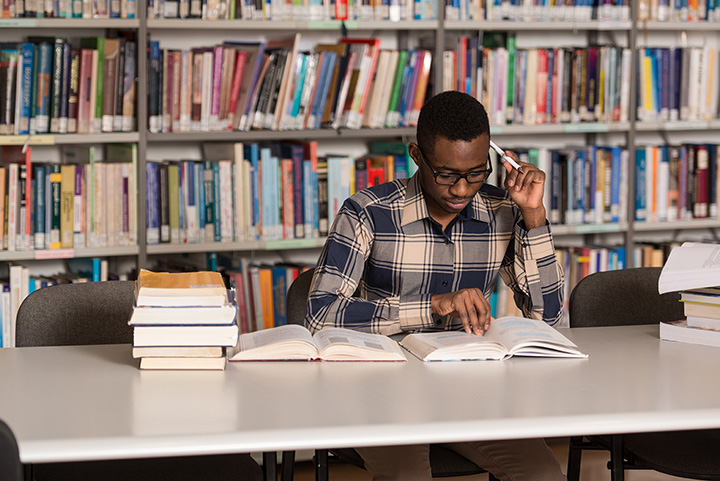 Vermont has a rich and vibrant history. Some of the greatest historical structures in the state are its libraries. These spaces, around since as far back as the late 1800s, have long been a place for the community to gather. Today, you can use these libraries for volunteer programs, research, or to simply get lost in a good book. Here are the 10 best libraries in the state.

The Fletcher Free Library was constructed in 1902 with funding support of $50,000 from philanthropist, Andrew Carnegie. In 1974, thanks, in part, to a local petition that prevented the site from being demolished, the library was added to the National Register of Historic Places. Today, one of the oldest libraries in the state, their collection includes over 155,000 items.

The Kellogg-Hubbard’s story began in 1889 when Martin M. Kellogg died. His wife, a Montpelier native, died a short time later. Their will stated that their near $300,000 estate should be given to the city of Montpelier. The will was contested, but the municipality counter-sued; by the time the dust had settled the town had a new public library.

In addition to having the distinction of popping up in articles and books regarding supernatural hotspots, the Howe Library is part of the UVM campus, and it was built in 1960,  dedicated to Guy Bailey, a UVM alum. In 1980, the Bailey added, which it promptly named in honor of David Howe, a 1914 alum, World War I vet, and resident and worker at the Burlington Free Press.

Constructed in 1899, the Goodrich Memorial Library was named after Converse Goodhue Goodrich and his wife, Almira donated land and $20,000 for building expenses. The completed opened with furnishings that were reported to have been fashioned out of quartered oak, while room accents included Swanton Red Marble and red birch.

Established in 2014, the Manchester Community Library is a more modern incarnation of the much older Mark Skinner Library which was built in 1897.  Thriving for more than a century due to an abundance of philanthropic funding avenues, it did not officially become public until 2003. Then, in 2015, after reaching the goal of a lofty $7.2 million fundraising campaign, the MCL opened its newly renamed state-of-the-art library and community center.

The St. Johnsbury Athenaeum was founded by well-known Vermont philanthropist, Horace Fairbanks, and it is a private, nonprofit, public library and art gallery that was built in 1871. One of the few French Second Empire-style buildings left standing in the country, the building's looks are characterized by “a mansard roof, tall arched windows... elaborate woodwork, floors with alternating strips of ash and walnut, and spiral staircases.”

The Haskell Free Library and Opera House is probably one of the only libraries in the country able to claim dual citizenship. That is because the structure straddles the border between the U.S. and Canada, in the towns of Derby Line and Stanstead, respectively. Established in 1904 library services at the Haskell are still offered in both English and French.

The Norman Williams Public Library is a private non-profit organization and public library that was built in 1883 thanks to a generous donation by Dr. Edward H. Williams. The building is dedicated to his parents, Norman and Mary, and the philosophy of its use and value to the community hasn’t changed much since the library’s inception.

The Ilsley Public Library now has collections of books and media that boast both a Teens and Kids section. But it wasn't always that progressive. Its first incantation was as the Ladies Library Association in an upper floor of the then-Town Hall. The Ilsley, though, needed to go through about three iterations before it achieved its current namesake and its own building in 1924, thanks to a gift from Colonel and Mrs. Silas A. Ilsley.

This entry may not be your typical library entry, but it would not be fair to leave Vermont without touching on genealogy.  Find out what happens when you put French-Canadian, Native-American, Scottish, English, Irish, Italian, and German heritages together in one state?