The 8 Best Bars in Vermont! 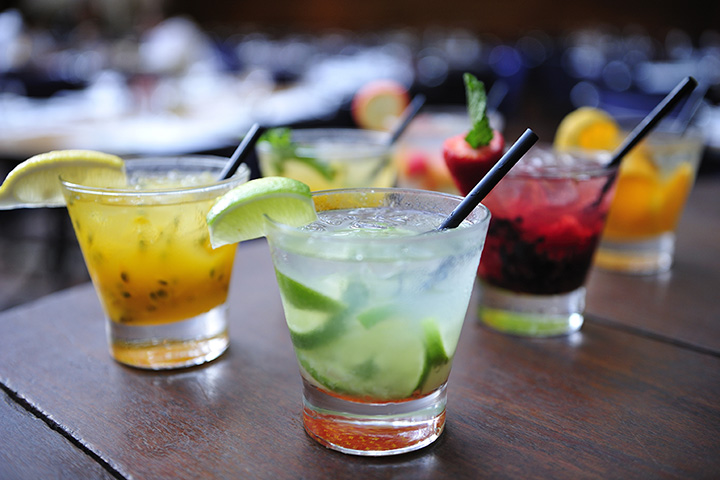 Vermont is home to an abundance of classic, New England pubs, upscale wine bars, and craft beer havens—but above all, the Green Mountain State’s bar scene will bring you endless fun. So if you’ve got a craving for a cold one, check out these 8 excellent bars in Vermont.

In addition to many hard-to-find beers from illustrious savant brewer, Shaun Hill, Parker Pie, only 20 minutes from Hill Farmstead Brewery, carries a kick ass line up of brews to satisfy even the most persnickety beer snob. The rolling selection at the time of this writing also included Lost Nation Roll Away IPA, 14th Star Imperial Stout, and Founder's Red's Rye PA, to name a few. In addition to possibly the best thin crust pizza pie in the State, Parker offers week-long programming, such as Tuesday Taco Night with $2 drafts.

With 22 craft beers on tap, Blackback offers a robust selection of hand-picked brews. On top of that, the pub features a fabulous farm to table menu with locavore fare at reasonable prices. The offerings at the time of this writing included an eclectic assortment: Alchemist Heady Topper, Alchemist Focal Banger: Almanac Valley of the Heart's Delight, Ayinger Jahrhundertbier, Bent Hill Bourbon Barrel Coconut Porter, and much more.

Quiet and cozy, the Mule sits quietly outside the bustling Queen City of Burlington. And it boasts an amazing assortment of hard to find beers, like Bosteels Tripel Karmeliet, Weihenstephaner Kristall Weissbier, Hill Farmstead Harlan, Hill Farmstead Susan, Cuvée des Jacobins Prestige, Ballast Point Victory at Sea Nitro, and eight others. Not to mention they’ve got a fine selection of cocktails and wine for the non-beer drinkers, with sake spritzers and delicious daiquiris. The Mule also offers some tasty fare, like the pork belly cuban or the rustic bahn mi.

Featuring a rotating list of 18 draughts, from hard-to-find brewers like Hill Farmstead, Lawson's Finest, Lost Nation, Foley Brothers, and Zero Gravity, Worthy also cooks everything over a hardwood fire, as nature intended. The upshot is delicious steaks and burgers seared to perfection with a kiss of char and smoke. Having partnered with over 16 local farmers to provide the freshest, most sustainable local fare, Worthy is definitely worth a try.

The Bench boasts all 25 of their draught selections proudly on a chalkboard in the rear bar room. In the front of the house, you can see the wood-fired oven flicker as you enter. They have one of the most robust selections of craft beers in the state to sample while you wait, including various Hill Farmstead selections. But their vibrant selection of cocktails and wines is absolutely worth the try as well.

With 24 taps full of craft beer, there is only one place to quench your thirst in Vermont’s capital city. Three Penny’s tap list at the time of this writing featured Allagash One T, Smuttynose Old Brown Dog, Rodenbach Alexander, Hill Farmstead Society & Solitude #8, Dogfish Head 2010 Olde School, and more.  Pair those with dishes like pork sausage or sweet corn fritters and you may never leave.

The Archives is a bar that focuses on classic arcade games and craft beers, including Athenaeum by Hermit Thrush Brewer, Edward by Hill Farmstead Brewery, Gose Gone Wild World Tour! by Stillwater Artisanal Ales, One T Sour by Allagash Brewing Company, Notorious IPA³ by Boneyard Beer Company, and much more. Try their selection of wines with chardonnays like the “White Queen” and classic reds like their “Underwood Pinot Noir.” With 24 taps and arcade games like Contra, Tetris, Ms. Pac-Man, Pac-Man, Pinball, and over 25 others, you might be there for a while.

Ri Ra is an authentic Irish Pub, featuring Irish fare and a whiskey room that will make you think you’ve found the pot of gold at the end of a rainbow. Lamb stew with Irish soda bread, rabbit pot pie, fish & chips, and cottage pie are all on the menu as well as some great libations. In addition to 14 Irish beers and over 100 whiskeys to choose from, the pub also boasts some unique mixology offerings.