Best Pizza in Vermont: Our 8 Favorites! 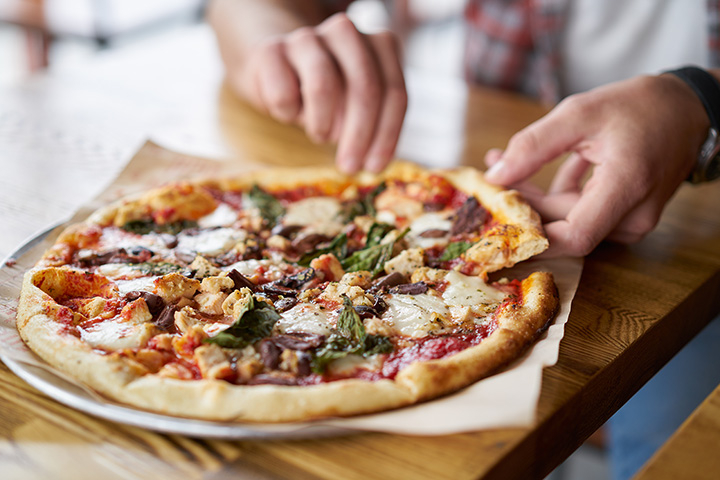 When it comes to pizza, the Green Mountain State are experts. Fresh local cheese, farm to table, and a penchant for all things artisan make Vermont a great place to get a pie.   Whether it is Neapolitan, thin crust, or made in a food truck, you don’t have to go far to find a great pizza pie. Here are the 8 best pizza restaurants in the state!

In addition to many hard to find beers from illustrious savant brewer, Shaun Hill, Parker Pie makes the best thin crust pizza in the Green Mountain State. It takes a little getting to, located in the small town of West Glover in the Northeast Kingdom, but all good things take a little effort. Boasting an authentic Sicilian recipe and quality local ingredients, Parker Pie features specialty pizzas like The Green Mountain Special (cheddar, spinach, red onion, bacon, apple, garlic, and maple syrup).

In 1987, a ten-ton oven built on an outdoor patio got founder George Schenk baking his first flatbread under the stars. That sparked a primal flame, and, today, the ovens at American Flatbread are clay domes that mimic those found in rural Quebec. They have locations in Burlington, Middlebury, and Waitsfield.  Try the New Vermont Sausage, made with sausage freshly prepared with fennel in-house from local pork. Or grab a craft beer from the adjoining Zero Gravity Brewery.

This farm-to-table artisan brick-oven pizzeria features Vermont grown organic flour, organic extra virgin olive oil, local cheese, and Bennington County seasonal vegetables.  It is also a homegrown neighborhood hang out in North that offers customers gluten-free, vegetarian, and vegan options. With 26 specialty pizzas to choose from, chef and owner Chris Danzo might just have you coming back for more.

Piecasso’s owner, Eduardo Rovetto, learned the pizza business from his Sicilian parents in upstate New York. Pizza and family being cemented together in his mind, Ed decided to open Piecasso in 2000 and has been serving traditional New York-style pizza pie ever since. You have got to try The Positive Pie (white base, spinach, mozzarella, artichoke hearts, roasted red peppers, and Vermont butter & cheese chevre) with one of over 20 choices of beer.

The Pie features fresh food showcasing Vermont local farm products, and their pizzas are hand-tossed, thin crust, New York-style pies like the Smokehouse, with barbeque sauce, bacon, chicken, red onion, bleu cheese crumbles, and mozzarella. Maybe try a flaky, cheesy calzone with one of 14 beers on tap. Established in 2005, Positive Pie owner Carlo Rovetto has been serving up pizza right for over 10 years.

At Verita, they don’t mess around. Their wood-fired ovens get up to a blistering 900 degrees, and their pizzas are Neapolitan. In fact, everything is done in the Neapolitan tradition, from pushing air to the edge to produce a light, thin crust to topping with seasonally available local ingredient to cooking in a scorching hot oven. The upshot is a short cooking time and a distinctly Neapolitan balance of flavor, like their Ring of Fire Pizza, featuring oregano, fresh basil, and hot cherry peppers.

Christos’ began in 1974, but their story is much older than that. Vasilios and Garifalia Alexiou ran a successful bakery in Greece in the 1950s and more than 10 years later brought their knowledge to Vermont. Not long after Christos, their son, and his wife took over the business, and they been using the same dough recipe and passion for pizza ever since.  Hey, when in Rome...err, Greece… well, you know, you’ve got to try the Epiros Pizza (Greek olive spread, feta, fresh tomato, fresh Vermont mozzarella).