The 6 Best Places for Gelato in Vermont! 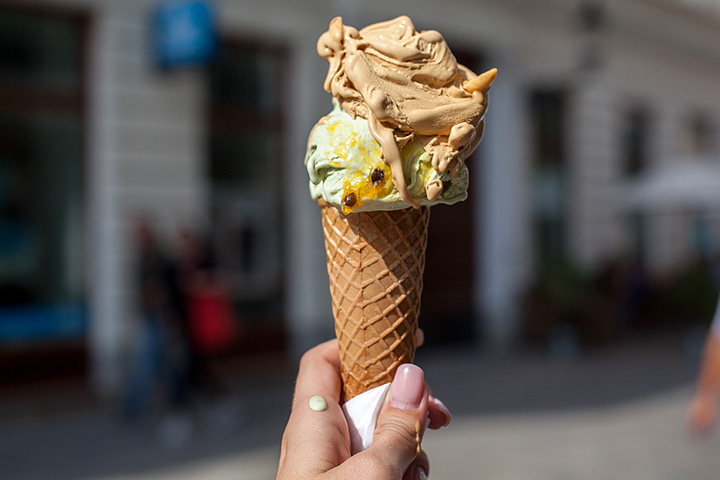 The gelato game is relatively new in Vermont, and, up until a couple of years ago, Ben & Jerry’s Ice Cream was the Green Mountain State’s claim to fame in the world of frozen treats. But recently, gelato has experienced a resurgence of shops and wholesalers that have been popping up around the state. So follow along to get the scoop on the best spots in Vermont to get ice cream’s Italian cousin.

Established in 2012 by Theo Kennedy and his wife, Chill offers funky flavors such as tiramisu, coconut & ginger, rose & mango cream, and clove orange. Chill offers Sicilian-style gelatos (no eggs) that are made from scratch in daily small batches using local Vermont milk and natural cane sugar.

After 30 years in the music industry, Peter Solley has rubbed elbows with the likes of Eric Clapton, Jimi Hendrix, B.B. King, Peter Frampton, Ted Nugent, and more. Obviously, the next step for him was to run a cafe and learn how to make gelato...  Now, Vermont Gelato features whole, non-GMO ingredients, fresh organic fruit, and pure, local grass-fed milk. Find Solley’s products in stores around Vermont or in restaurants in Brattleboro.

Ashley Farr is the third generation to work his family’s 60-cow dairy farm. His mission is to provide the best milk that he can by running a clean and humane milking operation and selling products like cheese, raw milk, and homemade gelato directly to the customer. While his gelato recipes are still being tinkered with, the result doesn’t get any fresher.

Established in 1979, Carmen’s Ice Cream is a Northeast Kingdom shop known for its hard and soft ice cream offerings. Its sundaes are award-winning, and it boasts over 50 flavors in hard and soft ice cream. But, perhaps more exciting than that, this year they have added Vermont Gelato flavors to their lineup, bringing a taste of Brattleboro to the NEK.

The “Tratt,” as locals call it, is a romantic, fire-lit grotto setting with an award-winning wine list and hand-made pasta. Try specialties like squid-ink spaghetti, Osso Bucco, or olive oil gelato. All of their gelatos are made in house in the Italian style with Vermont milk and eggs, and flavors rotate with what is fresh and in season.