The 9 Best French Fries in Vermont! 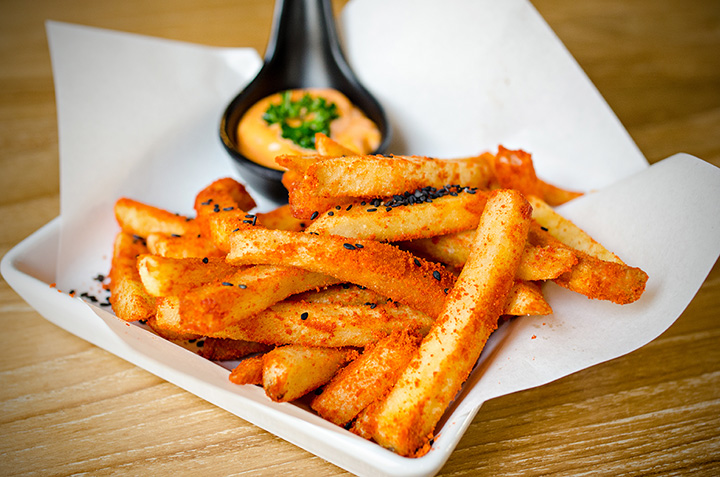 Whether the French fry is Belgian or French in origin is up for debate, but what is fact is that American Soldiers couldn’t get enough of potatoes deep fried in oil during World War I and brought the dish back with them.  American cuisine has never been the same, and French fries were an instant hit. The Green Mountain State is no stranger to the French fry and has even taken a page from Canadian gastronomy to produce their own spin on the dish poutine. So, follow along to learn more about the top 9 places to get fries in Vermont!

Al’s has been slinging fries since 1940, when the surrounding area was nothing but pasture. Now, the community is all built up, but Al’s is still the same, and so are their fries. Hand cut and twice cooked, the fries are sweet, salty and delicious. In fact, there isn’t much here that is not old fashioned, and that is not about to change any time soon.

Duck fat fries. We are tempted to leave it at that, but we will allow that when chef Michael Werneke he left Stowe's Rusty Nail he took this indulgent dish with him. As you would expect, fries fried in duck fat are extra crispy on the outside with that hallmark golden duck fat flavor. What’s more, you can get them with cheese curd and gravy, truffle oil, or smoked beef brisket. Check out their beers too, because duck fat fries love them some beer.

Cornerstone offers two fry dishes on their menu. “Loaded Fries” features hand-cut fries, house cheese sauce, bacon, tomato, onion, black olives, and jalapeños, while their poutine is straight up traditional, featuring cheese curd and house made gravy. Check out their burgers and mac and cheese menus too, as well as their robust beer selection.

On Route 4A, west of Castleton Four Corners, sits a food truck that dishes up arguably the best fries south of Burlington. Sandi Rivers started working at Roxie’s when she was 13, helping her grandma and grandpa peel the potatoes and make the homemade relish. Well, the potato is still king, the type of potato and its preparation is a still closely guarded family secret, and now Sandy is the owner.

At Grazers, the oft overlooked potato has been elevated to its own special section of the menu. With multiple offers including, sweet fries (powdered sugar and honey mustard), poutine (black pepper gravy, Maplebrook Farms cheddar cheese curds), truffle fries (10 white truffle oil, parmesan, garlic, chili flakes, parsley), pulled pork poutine, and more, the potato is finally a star in its own right.

Given that the French Fry is true to its namesake, a French bistro should know a thing or two about this dish. Well, their menu offers luxurious white truffle fries and a classic French dish, steak frites, for starters. Also on their menu is the classic Canadian favorite, poutine made with Maplebrook cheese curd, fried herbs, and duck gravy. Then, of course, Leunig’s duck fat fried kettle chips with truffle dip doesn’t sound too bad either.

Featuring a poutine with hand-cut fries topped with Grafton cheese curd, beef gravy, and house smoked pork, Hazel is also known for their thin-crust pizza, ribs, and chicken wings. But the fries keep them coming back, as the generous helping is a meal in its own right. Also, don’t go away without trying a specialty cocktail.

Featuring hand-cut fries with house-made condiments, the Farmhouse Tap & Grill opened in May 2010, serving award winning burgers and lots of craft beer. The Farmhouse menu is a vehicle for showcasing Vermont grown ingredients, and the French fries are a staple on that list. Get hand-cut, twice cooked fries with homemade condiments, like house ketchup or garlic aioli.