The 7 Best Bagel Shops in Vermont! 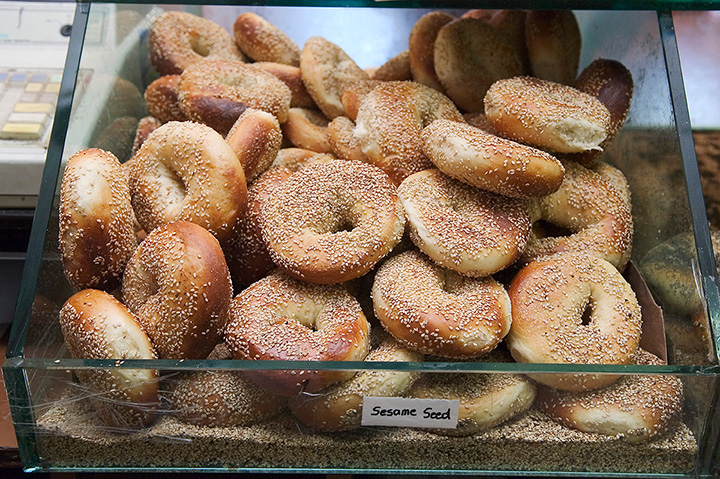 Vermont is known for a lot of things: Fresh air, hiking, craft breweries. But did you know, the Green Mountain State has some seriously good bagels, too? Being a neighbor of New York and Montreal has allowed Vermont to concoct a special bagel landscape of its own. The state offers an impressive selection of satisfying bagel shops, and here are our 7 favorites.

Kicking it old school since 1996, bagel chef Lloyd Squires has been bringing Burlington Montreal-style for more than two decades. At the tender young age of 15, Squires began studying the art of the wood-fired bagel under Myer Lefkowitz, an Auschwitz survivor and master bagel maker. Named the “best bagel in Burlington,” Myer’s was also recognized by Epicurious as one of the “Best Bagel Shops in America.”

The Bagel has been around for three decades, serving up New York-style bagels on Mountain Road in Stowe. With over 20 types of bagels boiled and stone baked daily, the Bagel also offers 15 styles of cream cheese and an extensive breakfast and lunch menu. Speeder and Earl's coffee compliments their free Wi-Fi, and specialties include lox, pork roll, and vegetarian sandwiches.

Feldman’s does bagels one way: Pure, classic, and in the New York-style. You’ll find no Namby-Pamby favors here, just bagels made with King Arthur unbleached flour, water, barley, malt, salt, and yeast. No additives, conditioners, or white sugar ever goes into these bagels, and flavors are the classics only: Plain, whole wheat, onion, and salt, etc.  Roy Feldman opened Feldman’s only four years ago, but his bagels have been around Vermont’s Queen City since 1979.

U.S. biathlon coach and Lithuanian native, Algis Shalna searched the world for the toothy, chewy, supple round bread known as the bagel. Competitions came and went, but Shalna only dreamt of bagels. Now he, his son-in-law, and his son have opened their own bagel shop, where bagels are steamed instead of boiled. This innovation, Shaina says, keep bagels “optimally soft and chewy,” so fillings won’t “ooze out of sandwiches at first bite.”

Vermont Bagel offers a full array of 21 New York-style bagel varieties, including sesame, cinnamon raisin, everything, and cheddar. With a rotating list of seasonal cream cheeses, like bacon and maple syrup or onion and chive, Vermont Bagel is sure to have the spread for your from-scratch bread. Or try an old-fashioned buttermilk-yeasted glazed doughnut with Vermont Coffee Company espresso. Breakfast sandwiches are available all day, and Boar's Head deli meats are available for lunch.

Since 1979, the Rubright family has been waking up bright and early to make the bagels and doughnuts. Everything here is made from scratch—from doughnuts to pancakes to a bagel-egg-sausage concoction of deliciousness called the J.J.'s Bagel Egger. Using the finest local and regional ingredients and featuring daily specials, Middlebury Bagel been doing it right for almost 40 years.

Wally's Place was named after owner Matt Bartle's grandfather, Walter "Wally" Niebling, who was known among the community as generous and supportive of the local food scene. Matt wanted to continue his support of the community by providing a friendly place for people to enjoy great food. By partnering with local area farms, Matt brings customers fresh, local, and delicious bagels made daily.  Try the bacon horseradish cream cheese on a poppy bagel, and you won’t be sorry.